What is WiFi Thermostat?

The WiFi thermostat is a product developed with the Internet of Things. Before 2009, people didn’t even know what a WiFi thermostat was. In 2003, the American Technology Review magazine proposed that sensor network technology will be the top 1 technology that will change people’s lives in the future. After that, there is a boom in IoT devices throughout the world, WiFi thermostat is one of them.

The Development of WiFi Thermostat

Since then, there has been no greater breakthrough in the function of the thermostat, and manufacturers have only played in the appearance design.

With the development of the communication industry and the electronics industry, in the 2000s, many types of WiFi modules have appeared on the market. Among them, embedded WiFi modules suitable for smart homes are also common, and WiFi communication standards are relatively mature. The Internet of things began to rise under such technical conditions.

In May 2014, ESPRESSIF released the first ultra-low power consumption, highly integrated IoT chip ESP8266, making smart home products a qualitative leap in price, compatibility, and configuration. The original WiFi SoC cost was 30-60 RMB. After adopting the ESP8266 solution, the overall cost has dropped by 10 RMB and even has a price of 12.5 RMB. At the end of 2017, Chinese thermostat manufacturers began to use Tuya, BroadLink and other companies’ WiFi IoT solutions to upgrade thermostats.

As a part of the smart home, WiFi thermostat plays a great role in the convenience of HVAC regulation. The future development direction, in addition to the optimization of the underlying technology and user experience, there is also the collaborative development of the entire smart home system. Let us look forward to the surprises that WiFi thermostats can bring in the future!

The Components of WiFi Thermostat

The display panel has three types: colour display, digital tube display and LED display. The WiFi thermostat with colour display has the best display effect, and at the same time has a wealth of functions, even artificial intelligence for autonomous learning, the price is also the highest. The WiFi thermostat with digital tube display continues the configuration of the traditional thermostat, with the difference between positive display and negative display, plus the backlight, it makes people feel very classic! WiFi thermostats with LED displays are often matched with a well-designed frame, which is simple and stylish.

The installation panel reflects the applicable fields of WiFi thermostats, including floor water heating, floor electric heating, boiler heating, central air conditioning and heat pump systems, different systems have different wiring methods. Usually, Chinese manufacturers of WiFi thermostats will design separate installation panels according to these application fields while WiFi thermostat manufacturers in Europe and America prefer to make one thermostat adapt to all HVAC systems. One is single-function but cheaper, and one is powerful but expensive, depending on the user’s choice.

Whether a WiFi thermostat is powerful or not depends largely on the electronic circuits and embedded programs. In the development of the technological level, the charm of industrial design is certainly important, but the functional upgrades brought by integrated circuits are more attractive. In addition to more application scenarios, the powerful WiFi thermostat also has more stable circuit protection.

This is the introduction to the main components of the WiFi thermostat, and more new components may be born in the future.

What Are the Functions of the WiFi Thermostat? 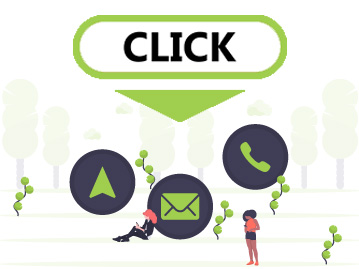