The origin and development of Microsoft Cortana.

Cortana is Microsoft’s smart voice assistant, released in 2014. Speaking of Microsoft’s Cortana, its name can be traced back to Microsoft’s early game work-Halo. After years of development, Cortana has become known to many users.

Why was it named Cortana?

Cortana is the heroine of Microsoft’s science fiction game “Halo” series. She is a smart artificial intelligence, manufactured by Dr. Katherine Halsey, and serves at United Nations Space Command, number: CTN 0452-9. Cortana played an important role in the human-star alliance war. She has participated in many major events that affect the war situation. She has served as a ship-borne intelligence including the Pier of the Autumn Wind, the Cairo Space Station, the Amber, and the dawn. There is important information about the halo array-including the starting index code of halo, but Cortana is best known as a partner of “Sergeant Master” Spartan John-117. During the Human-Star Alliance war, Cortana has been following the Master Chief, fighting with him, and saving the earth many times in times of crisis. During this period, the two established a close relationship and became their closest partners. 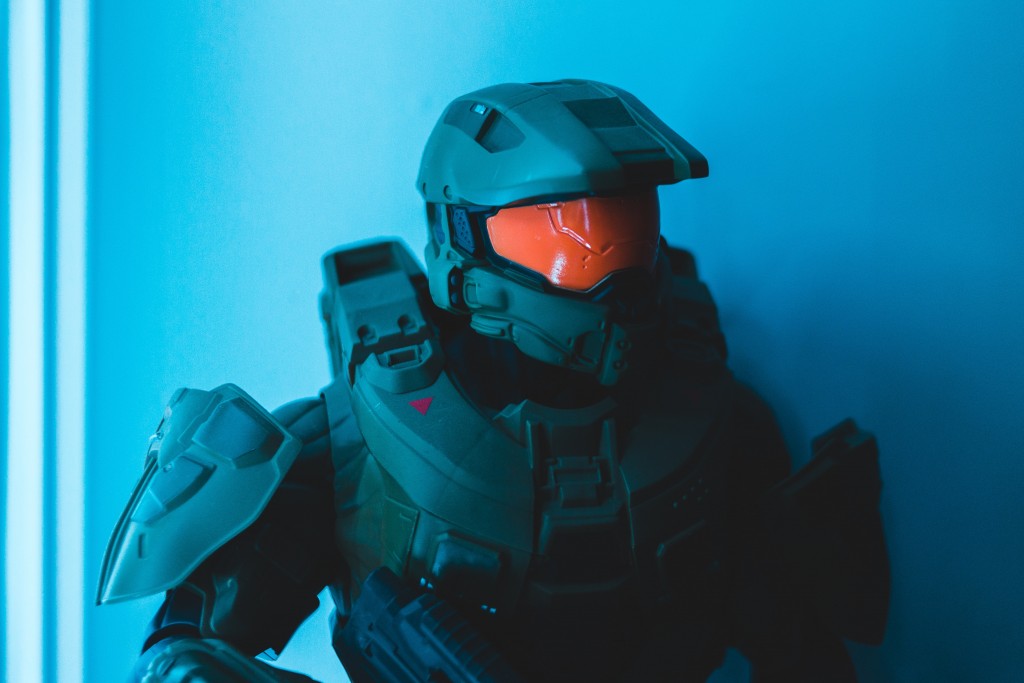 The development process of Microsoft Cortana

Since its inception, Cortana has been pinned on Microsoft’s high hopes.

Cortana was launched at the Build conference in April 2014. Microsoft says Cortana is a key component of plans to revolutionize Windows’ future operating system. Lu Qi, the executive vice president of Microsoft who was in charge of Cortana and Bing at the time, also had high hopes for Cortana, hoping that it would reach as many as 2.5 billion smart device users worldwide in the next two or three years.

In July 2014, Microsoft brought Cortana to China and named it Xiaona. Microsoft has another intelligent voice assistant in China, Xiaobing. According to Microsoft, Xiaona prefers efficiency, mainly helping users complete some tasks. Xiaobing focuses on emotion and mainly communicates with users.

In the beginning, Cortana only existed on Windows PC systems and Windows Phone. Because it can be deeply integrated into the bottom layer of the system, Cortana can read all the application permissions of the system and the privacy permissions allowed by the user. Some functions such as mail tracking and classification have been well received.

Microsoft’s positioning of Cortana is “the world’s first cross-platform intelligent personal assistant”, so Microsoft wants to bring it to as many platforms as possible. In December 2015, Cortana launched as a standalone APP on iOS and Android.

At the 2016 Build Developers Conference, Microsoft announced plans to integrate Cortana into Skype as a robot, allowing users to order meals, book trips, transcribe video messages, and schedule appointments with Cortana and other robots. Cortana is back on the Xbox One platform in August 2016.

Everything seems to be moving in a good direction. In March 2017, Microsoft stated that Cortana had 145 million monthly users. At the Build Conference in June 2017, Shen Xiangyang, the global executive vice president of Microsoft, who was in charge of Cortana business at the time, released a signal to the outside world: The ultimate artificial intelligence that Microsoft conceived and fought for was Cortana.

But in fact, most of Cortana’s active users are on Windows PC systems, and many of them are search scenarios. The best carrier for smart voice assistants is gradually being verified by Amazon and Google, not on PCs or mobile phones, but on speakers.

In 2014, Amazon, which did not have a mobile platform as its support, launched the Echo series of smart speakers, which built the Alexa ecosystem around the home scene. In May 2016, Google chose to follow up and released Google Home, a smart speaker.

In August 2017, Lu Qi, who had left Microsoft, said in an interview: “I started working on Cortana project four and a half years ago. At that time, we all said, “Amazon is far behind in technology.”. From a technical point of view, Google and Microsoft are far ahead of Amazon. However, looking at the current AI competition, Amazon’s Alexa ecosystem is far ahead of other U.S. companies. This is because they have found the right use scenario and introduced the right device. ”

It wasn’t until October 2017 that the smart speaker Invoke produced by Microsoft and Harman Kardon was belatedly and priced at $ 199.95. Not to mention that Cortana-equipped smart speakers were released later than the competition, the price of $ 199.95 is really not competitive.

At the end of the 2017 promotional season, Amazon and Google both robbed of their share of low-priced speakers at $ 49. Echo Dot and Google Home Mini even went as low as $ 29. By the end of 2017, there were more than 40 million smart speakers in use in the United States, of which 30 million were from Amazon. Although Google shipped less than Amazon at the time, it grew very fast still.

In May 2018, Javier Soltero, Microsoft’s vice president directly responsible for Cortana’s business, admitted that Cortana did not meet Microsoft’s development expectations and gradually turned from an assistant to an auxiliary tool.

In actually, at the same time as the Cortana smart speaker produced by Harman Kardon in 2017, Microsoft also made another plan.

In August 2017, both Microsoft and Amazon announced that they would connect Cortana and Alexa. It was an intriguing decision. Two smart voice assistants, seen as competitors, join forces against Google Assistant and Siri. To a certain extent, the positioning of the two is complementary. Cortana’s main carrier at the time was a Windows PC, and Alexa’s main carrier was a smart speaker. The former focuses on efficiency and office-related functions, while the latter is more entertaining.

In August 2018, Cortana completed the integration with Amazon Alexa. Users can wake Cortana through Alexa and access relevant productivity information in Microsoft systems, including work schedules, meeting schedules, and email.

This means that Microsoft is slowly repositioning Cortana as a skill that can run anywhere and is an office-related skill.

In October 2018, Microsoft reorganized internally, and Cortana was moved from the artificial intelligence and R & D division responsible by Shen Xiangyang to the experience and equipment division. The Experience and Devices division is responsible for both Microsoft’s Office and Windows systems businesses. This reorganization adjusted most of the AI engineering implementation of Shen Xiangyang’s business to other executives, leaving AI research-related businesses.

In November 2018, Javier Sotro announced his departure and Cortana’s new direct head is Andrew Shuman. This means that Microsoft’s positioning of Cortana has completely turned to the office scene. Andrew Shuman has extensive experience in the enterprise market. He has previously led corporate document search, Cortana for Work, and Office.com at Microsoft.

“In the past year, we have worked hard to better embed Cortana into Microsoft 365,” Andrew Schumann said in an interview in early 2019. Microsoft CEO Satya Nadella is also raising awareness of this: “Cortana Need to be a skill tool available to any Microsoft 365 subscriber. Users should be able to use it with Google Assistant and Alexa, just like you can use our APP on Android and iOS, at least we think so. ”

As a result, Microsoft has made frequent adjustments to Cortana in the past year. In January 2019, Microsoft separated Cortana from search in a Windows 10 system update.

At the Ignite conference held in early November 2019, the Cortana upgrade announced by Microsoft is geared towards office scenarios. For example, Play My Emails in Outlook, with natural speech and language recognition technology, Cortana can read newly received emails and perform related operations on calendar scheduling.

This time, offline iOS and Android apps have been rendered as Cortana’s end by many media, but in fact, mobile phones have never been the main battlefield of intelligent voice assistants. The real problem with Cortana is that in the field of smart speakers, it never poses a threat to Amazon Alex and Google Assistant.

There is no doubt that Cortana is underperforming in the market for the average consumer, but it is not time to say “goodbye”. Cortana has found a new identity in the office scene where Microsoft excels. 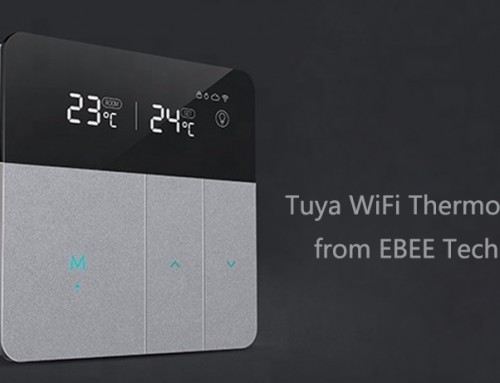 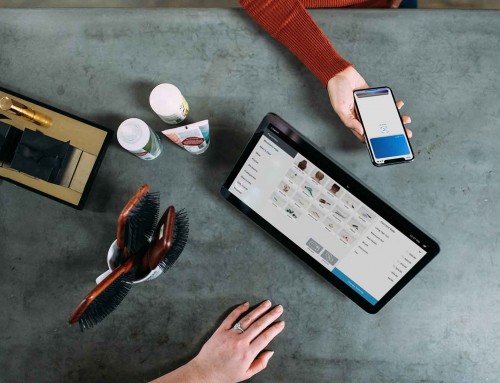 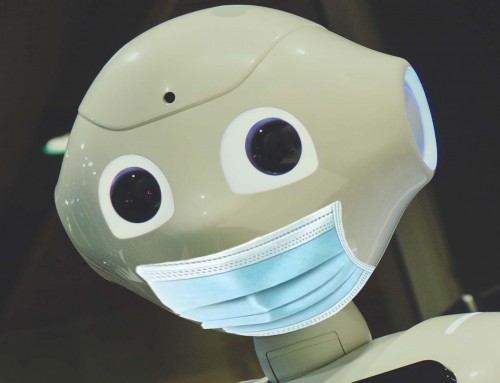